The 2019 Rice football recruiting class became has become a bit more real. The Owls signed 17 players on the first day of the early signing period.

Fax machines have fallen by the wayside, but the first morning of the early signing period still retained elements which felt oddly linked to the old world. Instead of waiting for a dial-up connection, the Rice football staff stared at a computer screen, projecting an email inbox onto the wall. Hurry up and wait.

Coaches walked in and out, glancing up at the emails trickling in, waiting for names they recognized. No longer linked to the antiquated technology of fax machines, modern-day recruits sign and scan their National Letter of Intent, emailing it to the school.

The emails started as early as 6:30 a.m. CT and continued on until almost noon. By the time the staff broke for lunch, 17 signed papers had been delivered — 17 members of Mike Bloomgren’s second-ever recruiting class. But the 17 signatures the Owls collected on Wednesday, represented so much more. 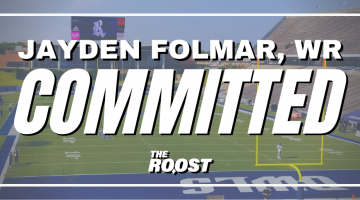 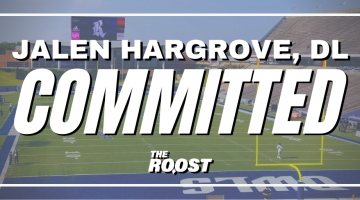 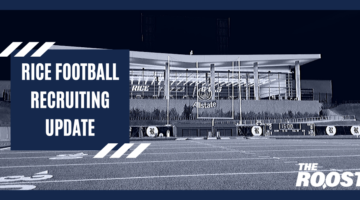 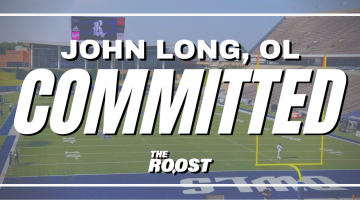 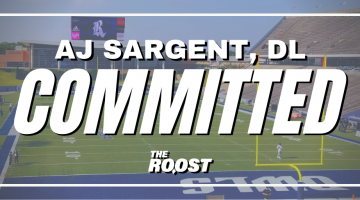 “This is an exciting time,” said Bloomgren. The excitement is for good reason. The 17 signees are 12 more than the five the Owls signed in Bloomgren’s first early signing period, one that came days after he’d been named the Rice football head coach.

It’s not just quantity. Athlete Jake Bailey is a Top-15 ranked signee in Conference USA and the sixth highest rated signee for Rice since 247 Sports began compiling rankings. The rest of the class boasts a collection of state champions, All-Americans and honorees of all kinds. They’re winners, individual record holders, and all-around good men.

The coaching staff put an emphasis on improving the speed on both sides of the ball, adding length and strength at a variety of position. The talent profile of the program needs to improve if it’s going to achieve the high goals Bloomgren has set forth.

All that good, following a 2-win season in 2018. Bloomgren was respected recruiter before he arrived at South Main, but there’s no doubt the pitch looks a bit different at Rice than it did when he was at Stanford.

It’s really easy to recruit to a place like this when you have the trophies and the rings set out. Right now we don’t have that. We’ve got to show them our plan and get them to trust in it.

“Look, it’s not easy. We’ve got a lot of great things to sell about this school and this program, but we’re still selling a build. We’re selling a vision that we have with no tangible results yet,” Bloomgren acknowledged, “It’s really easy to recruit to a place like this when you have the trophies and the rings set out. Right now we don’t have that. We’ve got to show them our plan and get them to trust in it.”

The on-field results will follow, but what Rice achieved during the early signing period was as much about culture and fit as it was talent. Bloomgren walked through a list of each signee in detail, adding “They’re guys we hand-picked for these jobs… I think you’ve got a lot of people that really want to be at Rice University and be part of this.

“This” is a work in progress. “This” still has questions to be answered, but the groundwork has been laid. “It’s a Merry Christmas,” Bloomgren said with a grin. A Merry Christmas, indeed.

Following the MTSU v FAU postponement, it's time to update the chart. Three C-USA games postponed this week and one delayed til Tuesday morning.

Depth charts, press conference quotes and a few odds and ends before @RiceFootball takes on UTEP on Saturday. #GoOwls

C-USA loses another game this weekend

Tomorrow's game vs. FAU has been canceled due to COVID-19 issues and injuries.

Ready for battle, ready for war.

🦉𝗙𝗜𝗟𝗠 𝗥𝗢𝗢𝗠🦉
What went wrong for Rice against North Texas and what should the Owls expect to see against UTEP?

OWLS WIN!!! @RiceBasketball takes the season-opening dub at Incarnate Word and @RiceCoachPera told me they did it with defense. #TheRiceWay #GoOwls👐🏻