The rapid cancelations of spring athletics put student athletes in a tragic spot. NCAA eligibility waivers could be an answer, but how would they work? The continuously churning sports news cycle got more complicated on Friday when Jeff Goodman tweeted this regarding potential changes to NCAA eligibility processes: The NCAA’s Council Coordination Committee has agreed […]

The 2020 college sports calendar was abruptly halted to protect against the coronavirus. Fans across the nation are still processing the sudden shock. On Tuesday evening USA Today columnist Dan Wolken penned what was, at the time, an incomprehensible edict: cancel the NCAA Tournament. The reaction on social media was far-ranging. Some called him a […] 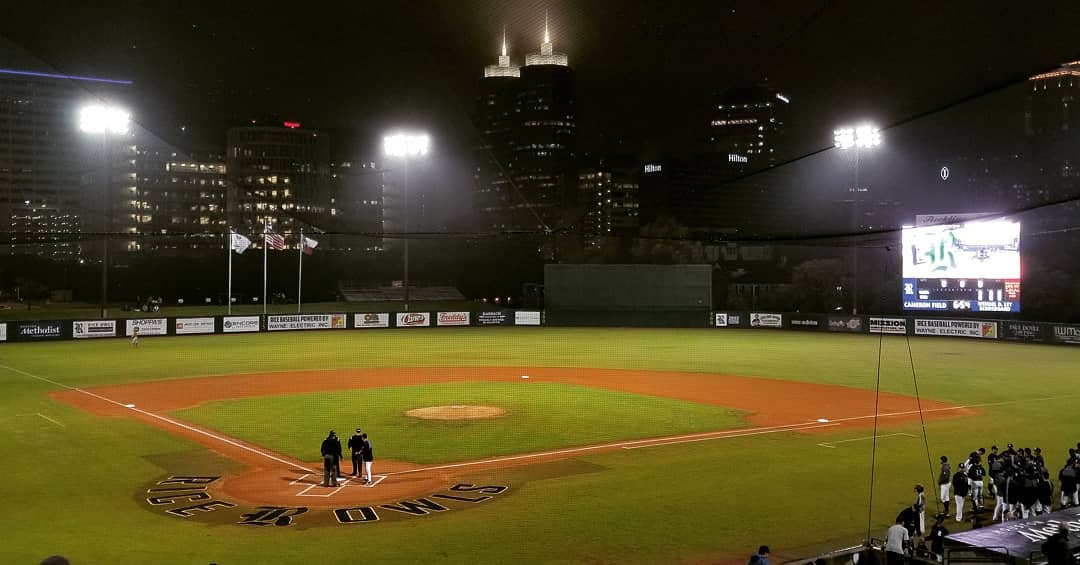 Rice baseball led No. 22 Texas A&M early, but couldn’t seal the deal, falling to the Aggies in their final game before conference play begins. The early innings breezed by as Rice baseball traded three scoreless frames with Texas A&M (14-3) in a crucial midweek game. The Owls were hosting the No. 22 Aggies looking […]

Rice baseball pushed No. 2 Texas Tech to the wire on multiple occasions but left Lubbock without a win. More on the good and bad from the wild weekend. THREE FOR THE ROAD | Texas Tech wins series 3-0 1. The starting pitching is gradually getting better Texas Tech scored in droves over the weekend, […] 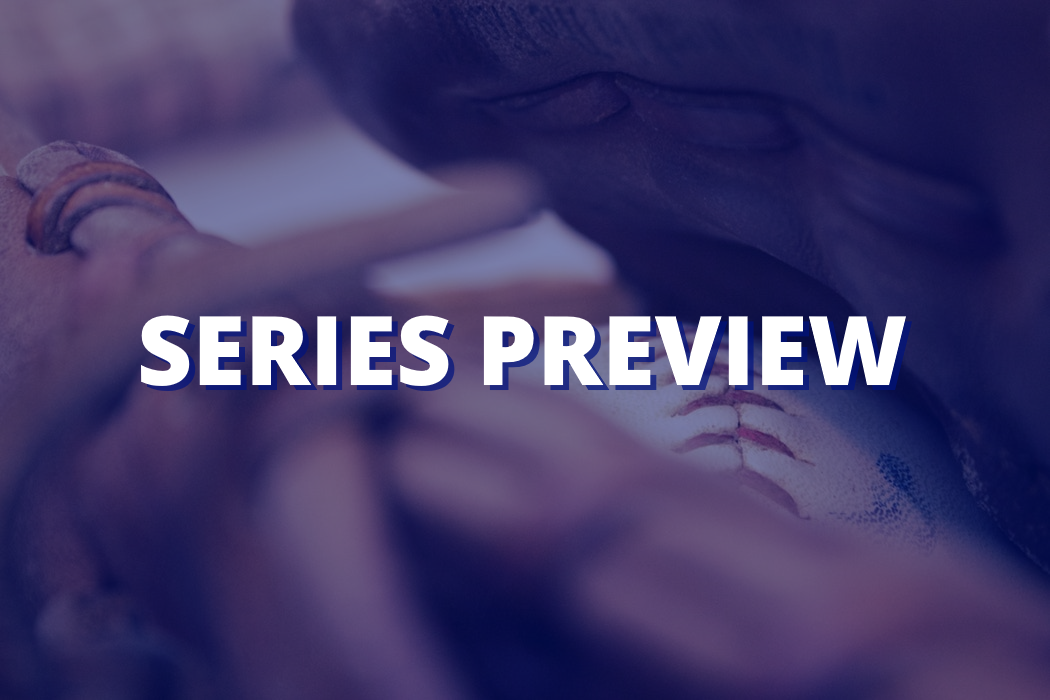 Rice baseball returns home to face Missouri State. The Owls are seeking their first series win of the season. Here’s how both teams stack up. The final weekend of nonconference play for Rice baseball poses the biggest challenge of their season to date. The hot and cold Owls will take on No. 5 Texas Tech […]

Rice baseball dropped the first game of the Silver Glove Series on Wednesday night, falling to Houston 6-4 at Reckling Park. Wednesday night’s narrow loss was the latest in a series of tough blows to a Rice baseball program still in search of consistency. Rice held Houston off the board in the first, but allowed […]

Rice Baseball: Owls’ unraveled by errors in loss to Louisiana

Fresh off their first series win of the season, Rice baseball dropped its midweek contest to Louisiana that was close through four innings. Trei Cruz and Austin Bulman opened up the game with back-to-back doubles in the first inning, tying the score at one apiece after starter Ryan Rickett allowed a run in the first […] 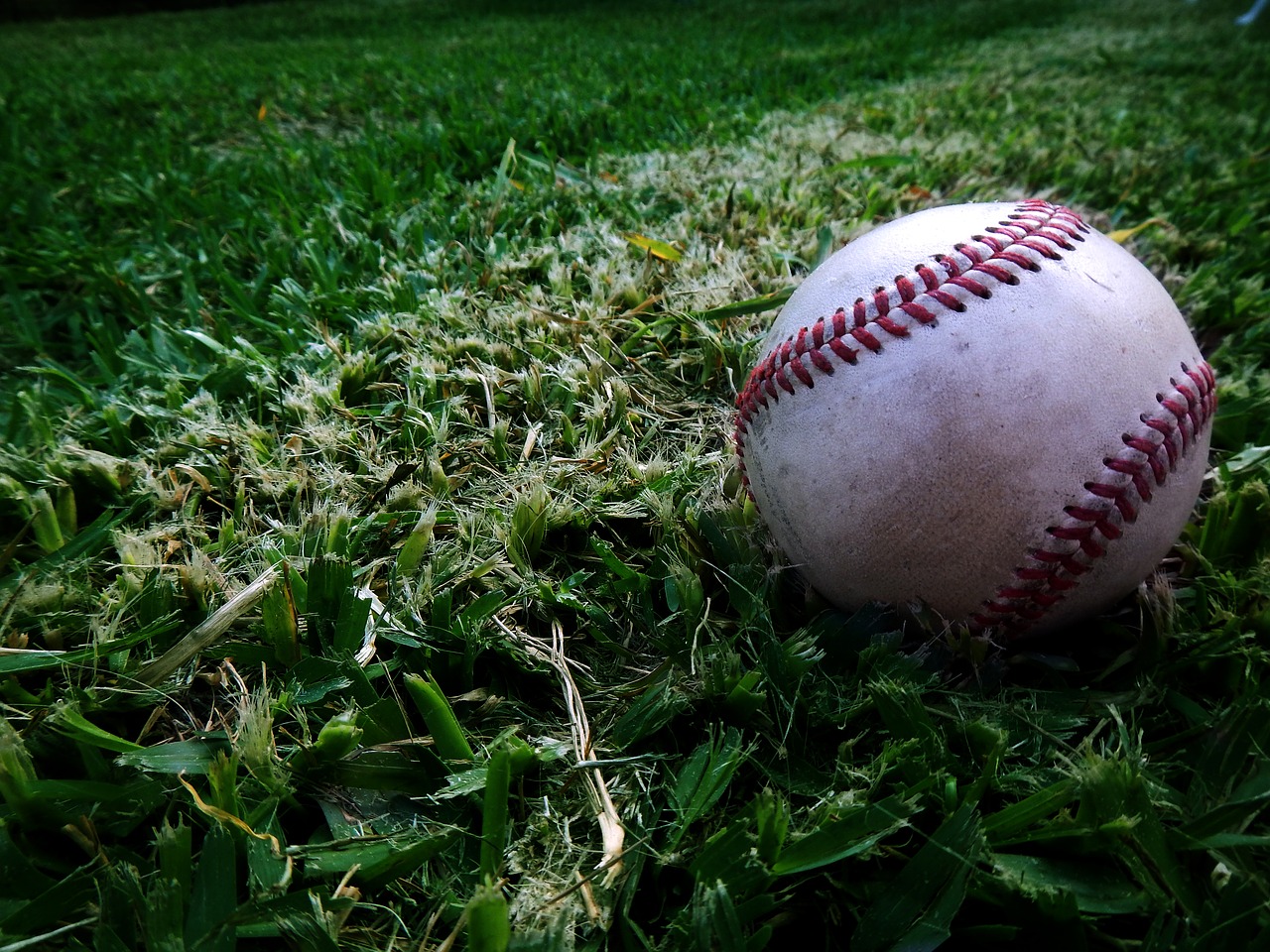 It took a few games to get in a groove, but Rice baseball found their rhythm in a 2-1 series win over Missouri State over the weekend. THREE FOR THE ROAD | Rice wins the series 2-1 1. The bats are here! Rice scored as many runs in the first inning of their Friday game […]

Rice baseball returns home to face Missouri State. The Owls are seeking their first series win of the season. Here’s how both teams stack up. Rice baseball knew their nonconference schedule was far from a cakewalk before the 2020 season began. Two weeks into action, the Owls sit at 0-7 with series losses to two good, […] 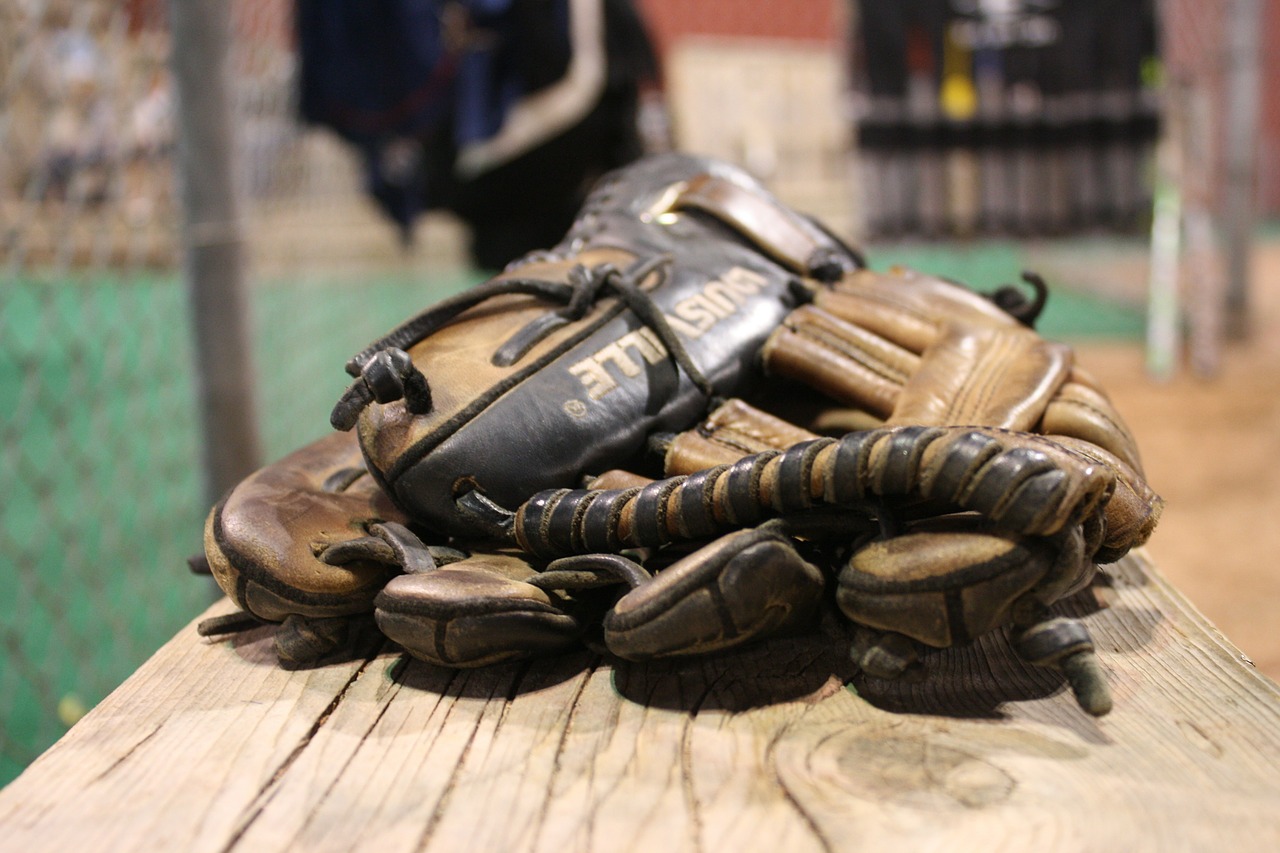 Rice baseball fell to 0-7 on the season, dropping their first midweek contest in San Marcos to Texas State by a score of 9-2. Texas State struck first with a solo home run in the first inning and never looked back. A three-run third inning and a three-run fifth put Rice baseball in an insurmountable […]

Swept for the second time in as many weekends, Rice baseball leaves a three-game stint at UC Irvine with an 0-6 record for the season. THREE FOR THE ROAD | UC Irvine wins series 3-0 1. Roel Garcia will be the Owls’ ace Transfer Alex DeLeon has failed to seize the Friday night role after […]

The 2020 Rice baseball is off to a tough start, making the Owls weekend road trip to UC Irvine an important series. Here’s how both teams stack up. A three-game sweep at the hands of the Texas Longhorns was not how Rice baseball wanted to start their season. Even in defeat, the Owls showed promise. […] 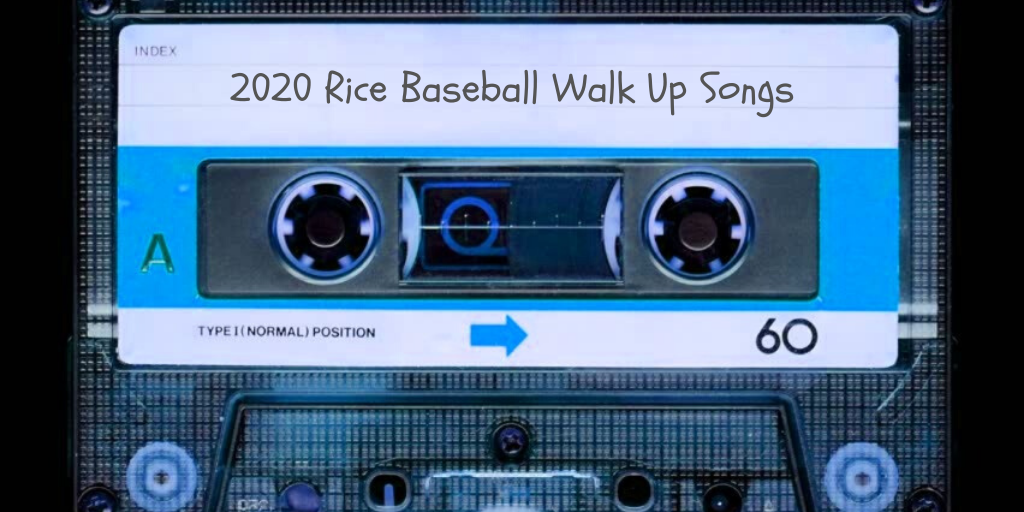 You’ll find yourself tapping your toe and singing along to the 2020 Rice baseball walk up songs. Here’s a list of tunes for each of the Owls. A few quick notes. These are the songs as selected on Opening Day. Players have been known to change their music as the season progresses, but we’ve started […]

Rice baseball played a trio of close games against longtime rival Texas, but found themselves on the wrong side of each contest, starting the season 0-3. THREE FOR THE ROAD | Texas wins series 3-0 1. The starting pitching didn’t dazzle but kept Rice in every game Alex DeLeon, Blake Brogdon and Kel Bordwine combined […] 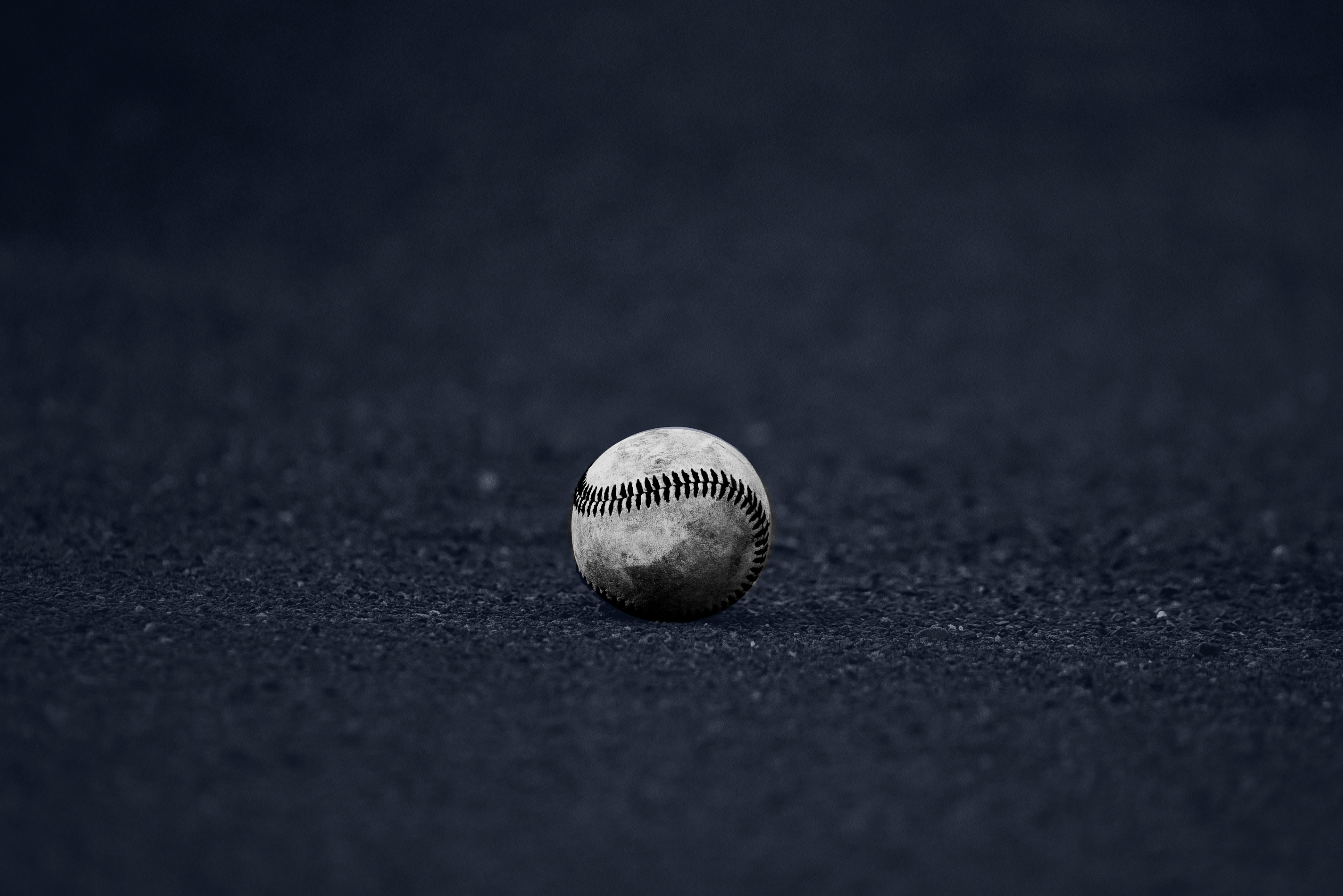 Pitching has always been the backbone of Rice baseball. Can the 2020 rotation and bullpen carry on that rich tradition of excellence? It’s about time to get back to the ballpark for the beginning of the 2020 Rice baseball season. The Owls open up against long-time rival Texas on Valentine’s Day. Who will be on […]

It’s time to head back to Reckling Park for the beginning of the 2020 Rice Baseball season. Here’s a preview of the potential starting lineup. The 2020 Rice baseball season is fast approaching. This year’s squad is composed of an intriguing combination of familiar faces, potent junior college additions and a host of younger players […] 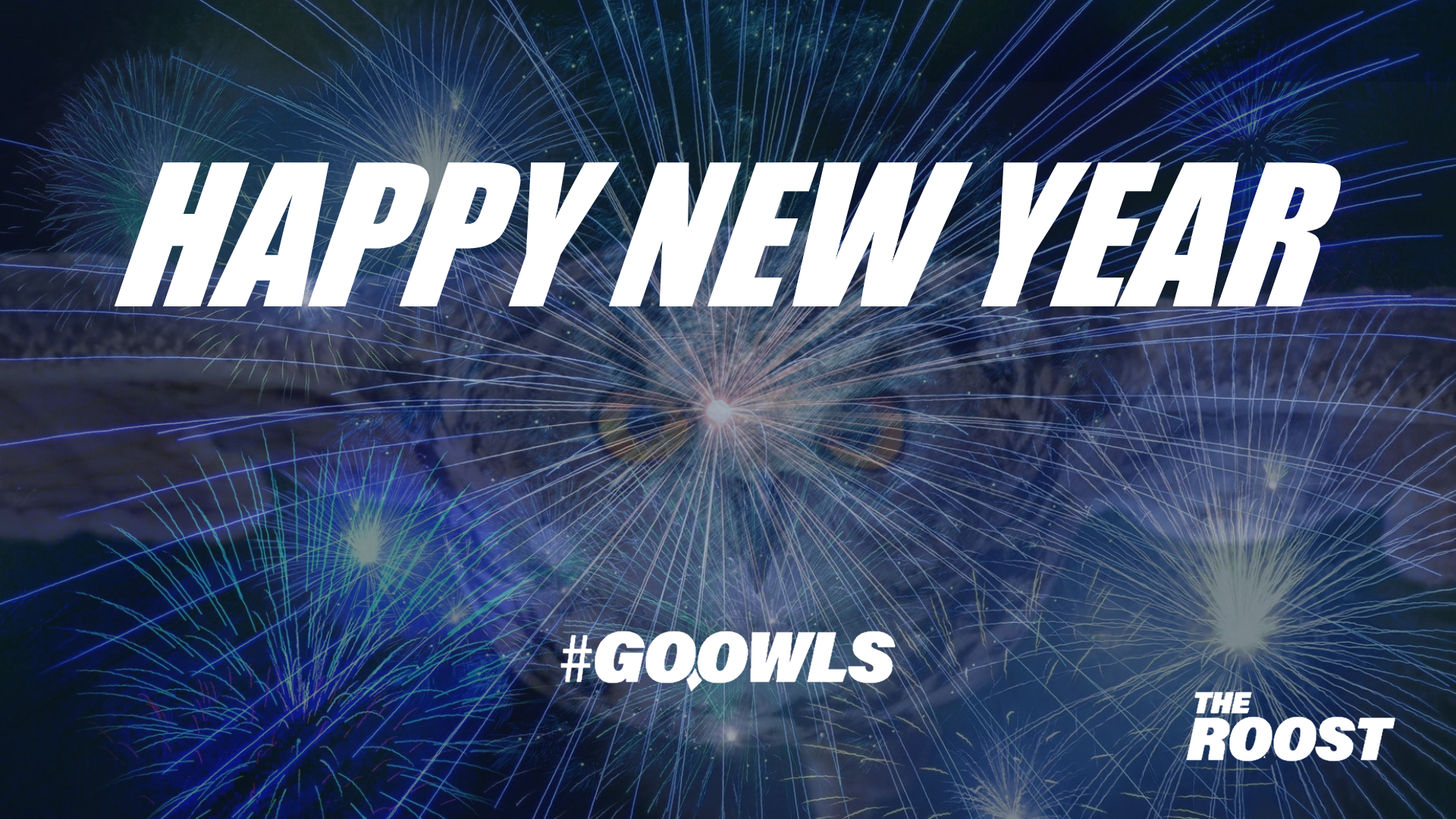 2019 was an incredible year for Rice Athletics. It’s hard to boil down the success into a single list, but here are some of the most impactful moments of the year. 10. Baseball run-rules TCU at Shriner’s College Classic Baseball’s first season under Matt Bragga was filled with ups and downs. The absolute shellacking the […]

Former Rice baseball slugger Anthony Rendon capped off a tremendous 2019 season with a World Series ring and plenty of spectacular moments. It’s been quite the year for Washington Nationals third baseman Anthony Rendon. The Rice baseball star has taken an already impressive MLB career to the next level. A first-time All-Star, Rendon went beyond […]

The regular season is complete. Some former Rice Baseball stars had big seasons and a few MLB Owls have playoff games coming soon. Three Rice baseball products have playoff games to prepare for. Two others missed out on October baseball, but had some great moments throughout the year. Here’s an end-of-regular-season round up. JT Chargois […]

There are mere weeks left in the MLB season and several former Rice Baseball stars are helping their teams make playoff pushes down the stretch. JT Chargois – Los Angeles Dodgers Chargois has bounced back and forth between effective outings and rough innings. He’s made five appearances in August, throwing a scoreless inning in his […] 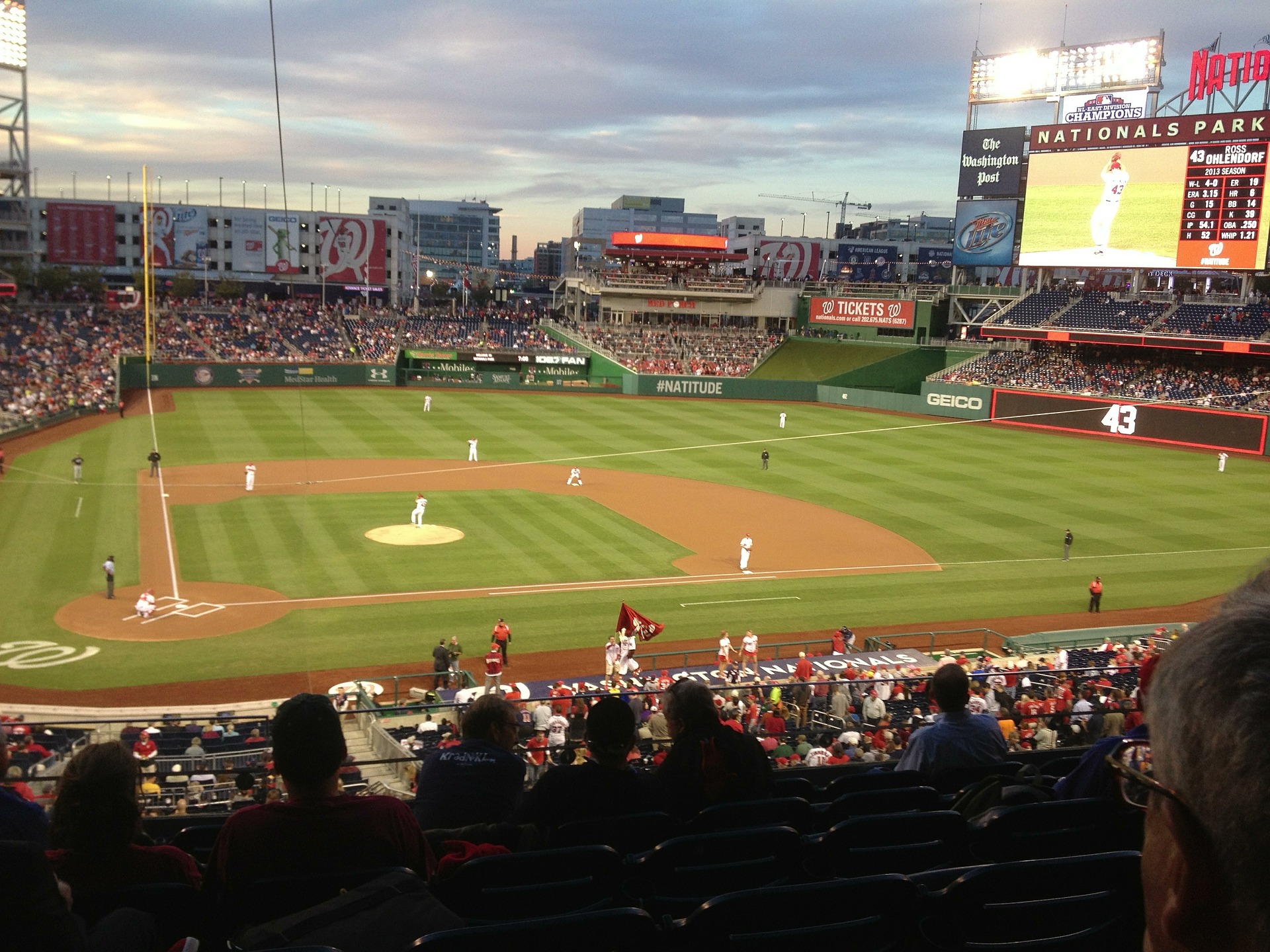 Almost a month removed from the All-Star break, Rice Baseball’s active MLB players are still going strong. Here’ the latest on the five MLB Owls. JT Chargois – Los Angeles Dodgers Up and down remains the story for Chargois in LA. He’s worked at least one scoreless inning in four of his nine outings since […]

After a brief break for the All-Star Game, Rice Baseball‘s big leaguers returned to action. Here’s how the MLB Owls are doing since the midsummer classic. JT Chargois – Los Angeles Dodgers It’s been a mixed bag for Chargois after the break. He’s made four appearances, throwing a scoreless inning in two of them. In […]

McHargue to Taylor to start the game. That combo just doesn't seem fair.

Tonight is the night as we come together to watch the 2013 C-USA Championship between @RiceFootball and Marshall starting at 6PM!

Which moment will represent the Renegades in the league-wide bracket next week? You decide!

EP 26 | @RiceOwlsVoice joins us to talk @RiceAthletics greats of the past decade.

Who's in your top four? Who did we snub? #GoOwls

Drop those photos/videos below!

Who had the highest three point percentage among all @ConferenceUSA freshmen this year?

Very excited about this. A must listen for recruits and anyone who wants a behind-the-scenes look at how recruiting works today.

FIRED up to launch of my very own podcast, #UpCloseInPersonnel

This show is all about informing and educating athletes, coaches and fans alike to leave the game better than we found it!